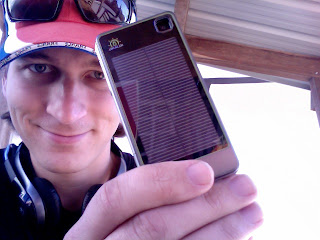 Remember back in episode 12 (Brussels) how my cell phone got stolen? Well, I eventually replaced it and feel compelled to tell you about my new phone. Why? Because it’s finally been sunny, after weeks of clouds during the rainy season in Cameroon, and I am only now getting a chance to use the solar panel on the back that charges the phone. Now don’t be jealous; if you’ve already made the transition to a smartphone, as I had several years ago, this is like trading down from a Harley to a kiddie bike with training wheels. No GPS, no synchronization with iCal or Outlook, no flash for the camera... basically a useless phone (I can still make and receive calls) with a solar panel.

Back to the here and now. Adrian dropped me off at Carol and Mike’s place on Wednesday night; it turns out that they live qute close to one another! Carol and Mike have a lovely home in Jo’burg North that Mike actually built. I was greeted by Carol and one of their Rhodesian Ridgeback dogs. These are beautiful dogs that were bred in Zimbabwe to hunt lions. I don’t think they do much lion hunting these days but make for excellent guard dogs. In fact, after meeting Mike, the first thing he told me was that there was one rule in the house and that was not to go outside whenever Brutus, the male, was not locked up. Too dangerous.

On Thursday, I went with Carol and her dad John to the Lion and Rhino Reserve for an African safari. First time I have ever seen a rhino, springbok, African buffalo, cheetah and more. Did you know that the cheetah has characteristics of both canine and feline and people disagree as to its classification? Thanks Carol and John for a beautiful day in the Land Cruiser! 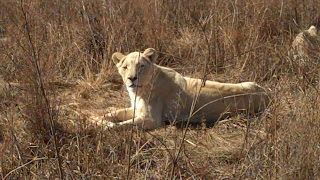 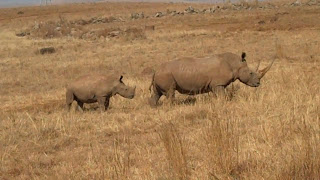 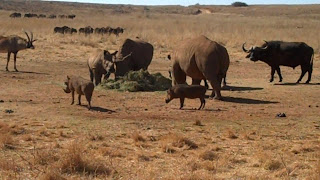 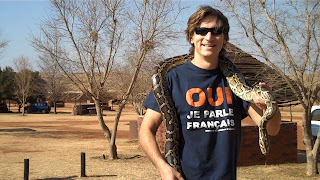 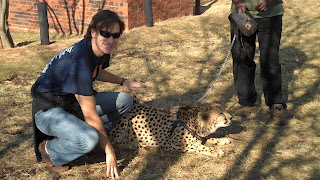 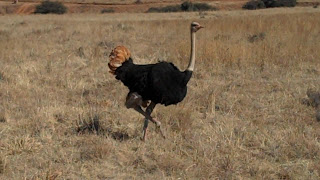 Vanessa, Carol’s daughter, and Robert, Vanessa’s boyfriend, joined us for a fish and chicken feast later that night. We had a few cocktails and Mike shared some amazing stories about gold mining in Zimbabwe, copper mining in the Democratic Republic of Congo and what it is like being an entrepreneur in South Africa. I hope that one day the Zimbabwe National Bank gives you back that 6 kg of gold they’ve been holding onto! I also learned what the expression “it’s cold enough to freeze the balls off a brass monkey” means. Take your best guess by commenting on this post (without googling it); I’ll give you the explanation afterwards! 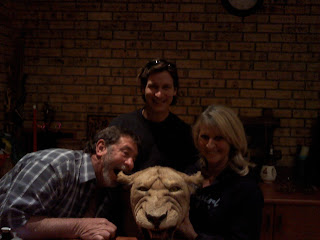 Tauren, Carol’s niece, lives upstairs and she invited me out for a drink with one of her friends. We had a nice evening out, thanks again Tauren!

On Friday, I packed up my things and went East to another host family. I had a lovely time with Carol, Mike and everyone else. Looking forward to seeing Robert and Vanessa in France when they go on their world tour next year! Thanks again for hosting me and for two more bednets to fight against malaria. Oh and I almost forgot, if you're in the market for a beautiful home in Jo'burg, Carol and Mike are selling theirs!